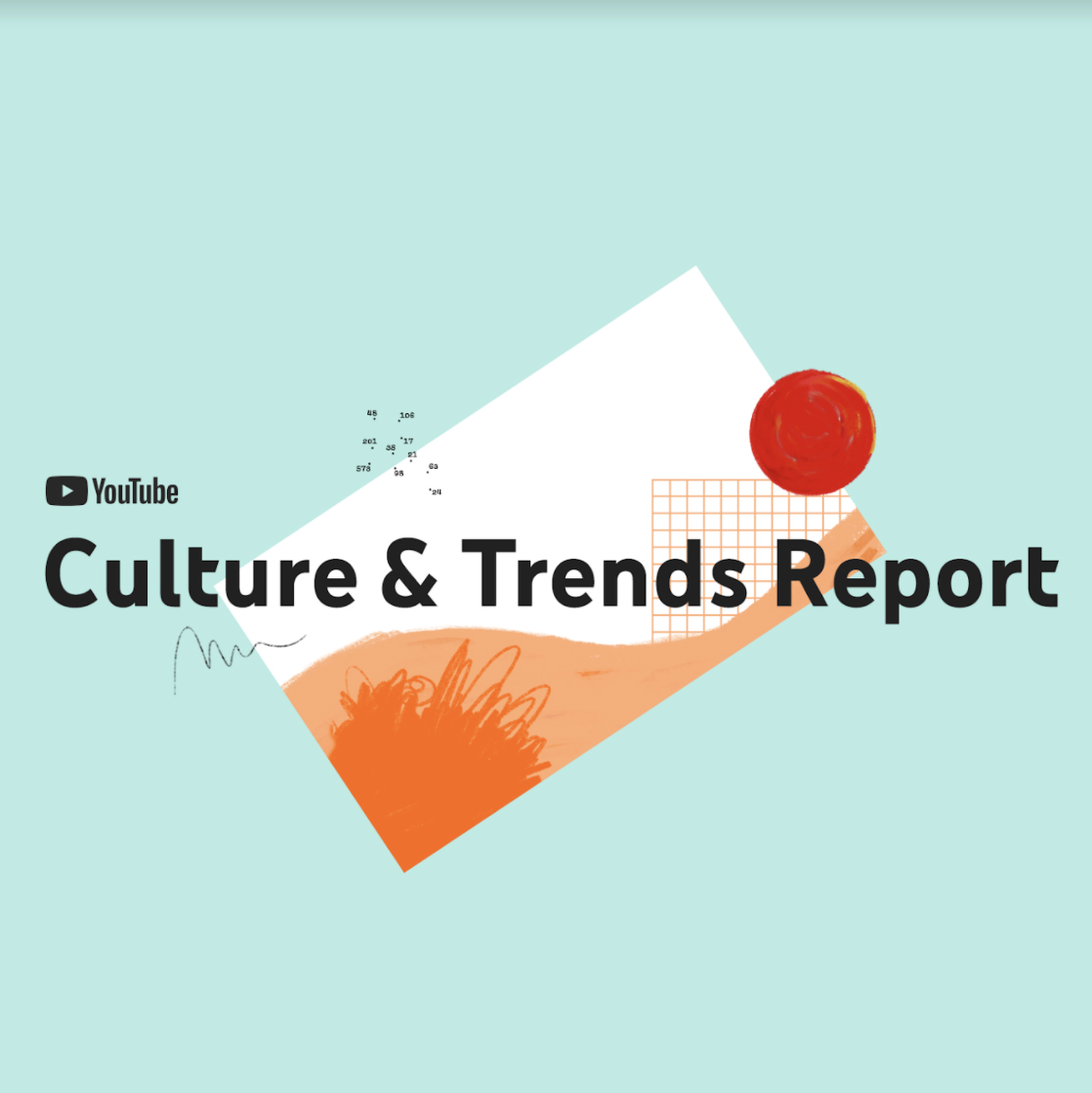 “And 47% of people agree that this year, online videos helped them cope through a problem in their life”

2020 was the year that people really took a stab at letting their creative side shine and showcased it all over YouTube. This was the year of home workout videos, face mask-making tutorials, virtual concerts, and much more; all based on YouTube’s Culture & Trends Report. Here, we break down Youtube’s recently released 2020 Culture & Trends Report that shares A LOT about the video trends throughout this rollercoaster of a year.

COVID-19 has made it harder than ever for (most) people to find that social connection they so naturally desire. Youtube has seen a spike in creators because of this increased desire to make content around things that we care about. Not only are the number of creators growing, but there has been a greater variety within the types of creators and content that have trended throughout the year than ever before – and this growth isn’t expected to slow down any time soon. The ways people utilize video are changing and these ways will either be overlooked or they can be the next opportunity for your marketing.

Here are some of the many examples of new creators and trends from this year: 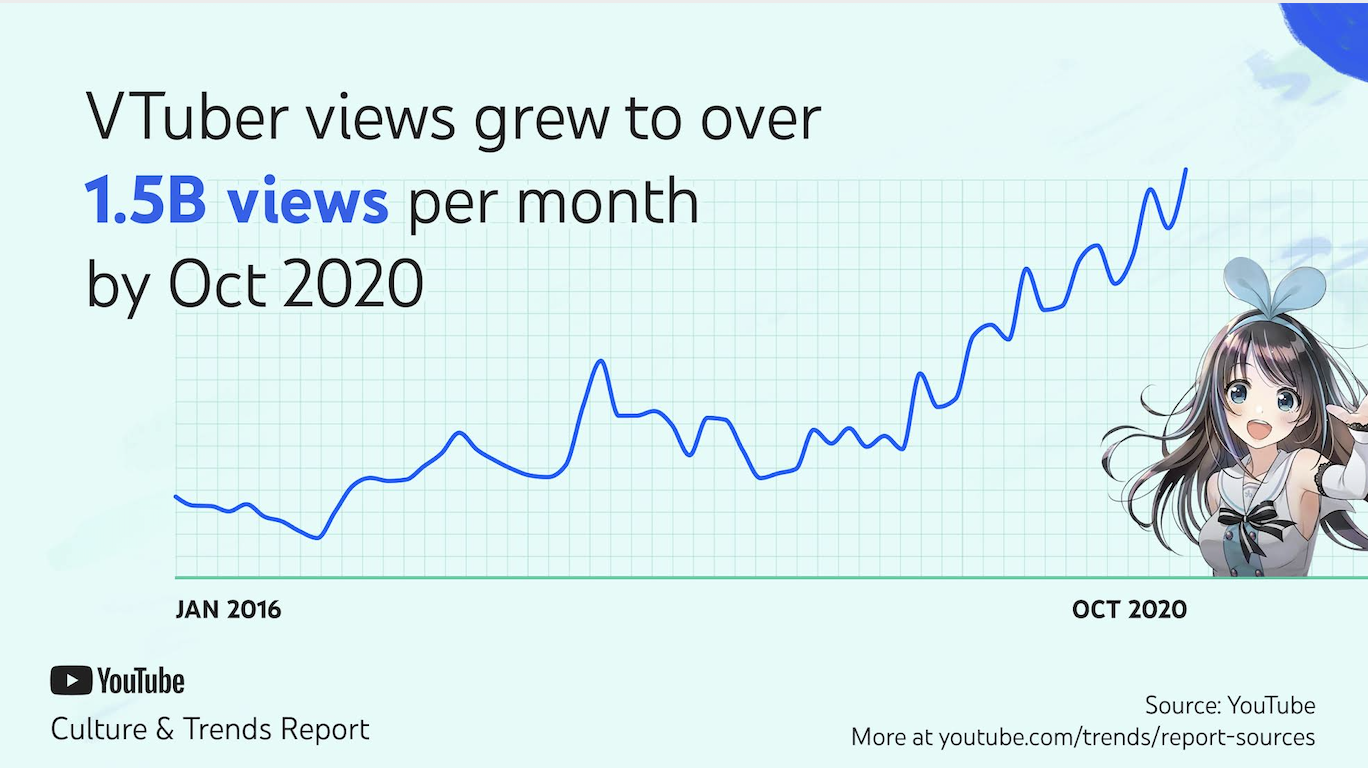 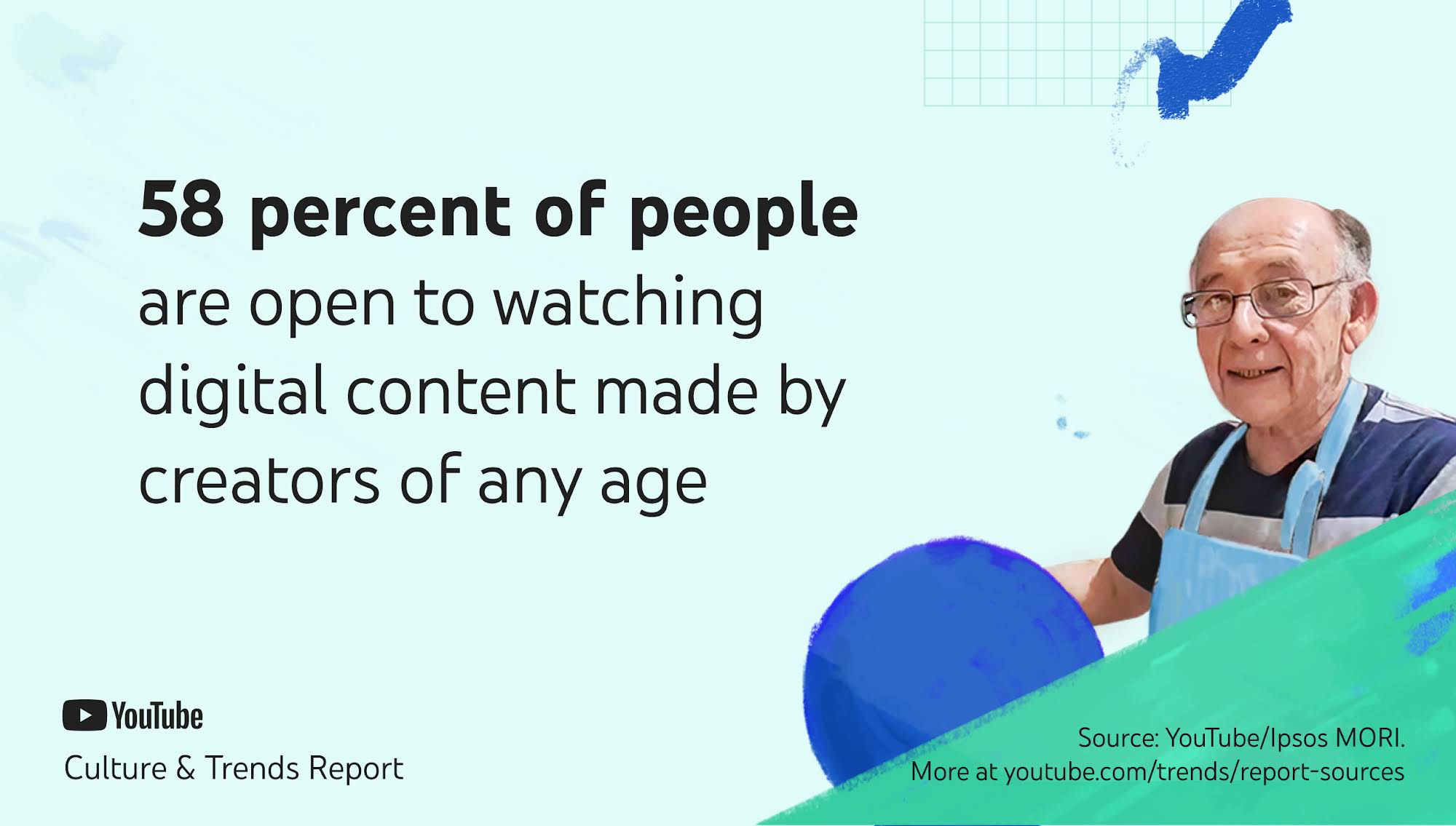 YouTube’s trending video topics broaden nearly every day which creates the need for constant innovation throughout the process of creating and posting these videos. As these trends continue into 2021, businesses should be taking full advantage of video marketing. Follow trends, experiment with new types of video content, see what works best for your business, and go from there!

I know at this point I probably sound like a broken record but… the global pandemic has impacted everything in the way we think about marketing and social trends. Innovation alone won’t be enough; there needs to be a greater spark of creativity in the process of creating and posting videos. With everyone in lockdown, it’s no surprise that audiences are craving content that gives them a bit of something that they’re missing from the pre-covid world.

73% of people claim to have watched gaming on online video platforms this year, according to Youtube’s Culture & Trends 2020 Report. In the gaming world, there is a popular concept that exists which is watching live-streams of other people playing the game instead of only playing the game itself. These co-watching trends have rolled over into something with a similar idea called watch-alongs: live-streams that allow them to watch other fans react to sport events. People that aren’t engulfed in video game culture often question why anyone would spend time watching someone else play video games, when they could be playing themselves. To answer this question, we can look at “traditional” sports fans of the NFL, NHL, NBA, or MLB. Most of these fans have the ability to play the respective sport that they’re a fan of, but they prefer to watch the best-of-the-best do it. The same concept holds true for esports. There’s something supremely enjoyable about watching someone who is a master of their craft perform.

Music live-streams have been a rising trend on a global scale throughout the year, especially in Brazil, as Brazilian artists now own four out of the five biggest music live-streams of all time. When the Brazilian government encouraged people to stay home, several of the country’s biggest artists came together to perform live-streams where each consecutive night was dedicated to a performing artist. These music live-streams are now consuming a major part of the live-streaming video content on Youtube.

Something that is certainly interactive, but doesn’t have to be live-streamed if you don’t want it to be is interactive fitness. 40% of people have claimed to have participated in an activity simultaneously while they watched a video online. In a global pandemic, in the middle of a lockdown, gyms and other fitness centers are closed, and people are going to Youtube to find a solution at home. Home workout videos have become an ultimate trend throughout 2020 and this rise in fitness creators all over the world can be expected to continue into 2021.

One final trend worth mentioning from this year is the popular online game, Among Us. If you haven’t heard of it, it’s probably because you don’t have anyone in generation Z in the house. Towards the last half of the year, this game has not only trended as the app itself but also on Youtube, as it generated four billion views on Youtube in September alone! Are you still wondering what I mean by Youtube views when talking about a video game? Read back to paragraph one of this section and you’ll find your answer. Not only are videos being live-streamed of Among Us players in action, but there has been an additional twist: animation videos created by the game’s audience. This creative animated content has generated 230 million views on Youtube. I’m not just talking about the U.S. either, I mean on a global scale too – with the top three countries, aside from the U.S., among the Among Us trends being Mexico, South Korea, and Indonesia.

It’s safe to assume that a lot of people don’t like change; and when the world fell from underneath us, everything was significantly different. People were in lockdown craving any form of social connection that would make them feel some sense of “normal”. This is where the rise in both creators and the creativity of this year was born: the desire for a social community.

As one would expect, YouTube’s Culture & Trends Report also reflects the many ways people coped with the hardships that came with this year. We all know it was no walk in the park.

Here are some of the many 2020 trends based on how people adapted to adversity:

Aside from the pandemic, something else that had a major focus across various social platforms throughout most of the year was social justice movements like Black Lives Matter. One of the trends, stemming from the need of spreading awareness and knowledge about the social justice movement, was a series of videos that black creators put together to share their own personal experiences of racial injustice.

Some of these trending videos have followed coordinating titles such as:

Especially since the spread of the social justice movement in the media, this series of videos with the title “Being Black in…” have been trending globally, the creativity in the video titles continues to grow, and creators have joined the movement in a new way.

Dark humor to get through the hard times

A creator that trended this year was Julie Nolke. Her videos include, “Explaining the Pandemic to my Past Self”, as well as other dark humor videos. People were able to relate to them and find great comfort in jokes about COVID-19, especially in the very beginning when it was something that everyone was just trying to digest. Relatable content always goes a long way. 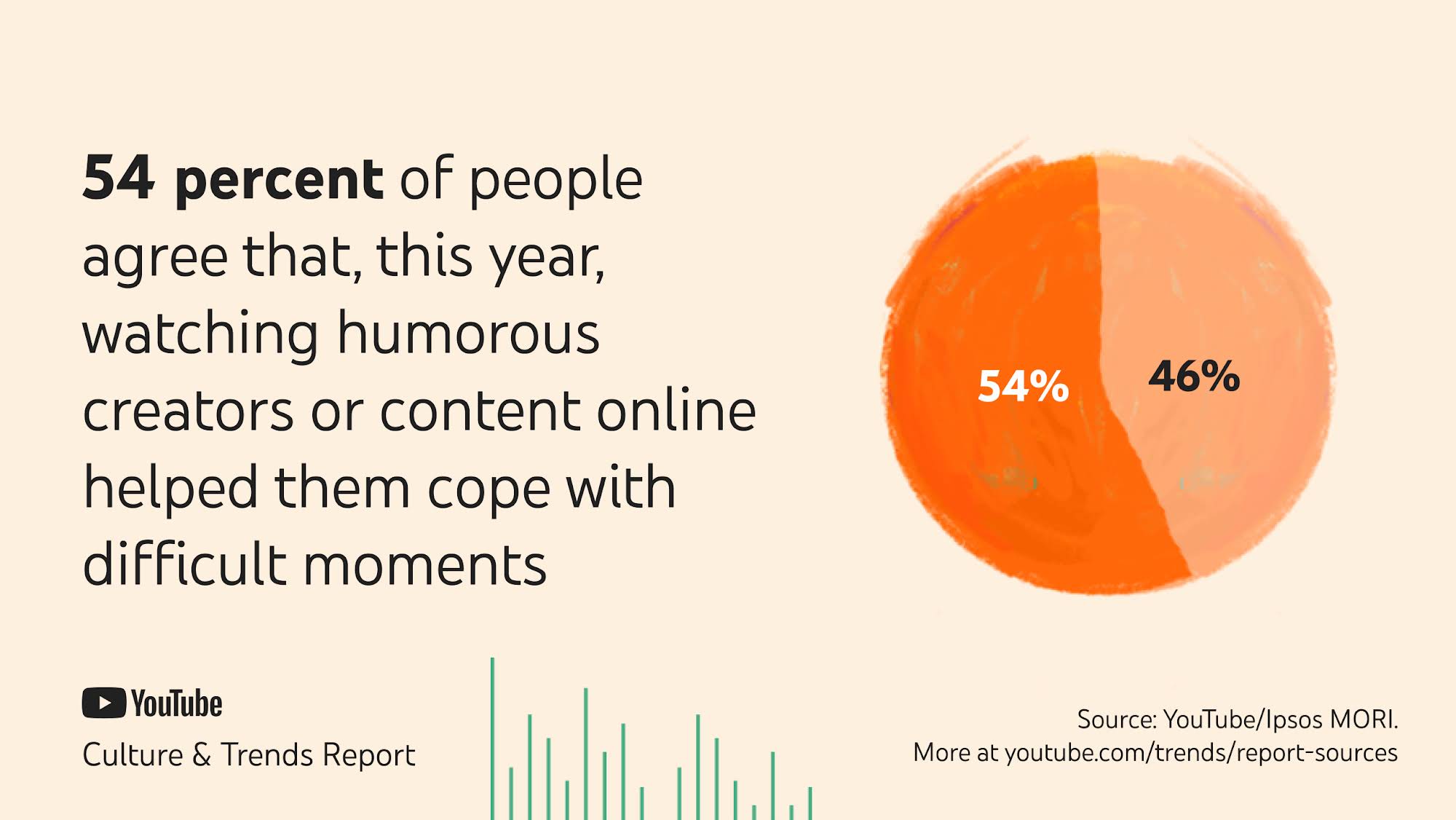 On a different note, Zoom hasn’t been the only platform with booming trends since schools have moved online. The school hallways look a little different now with students going to school online, parents have stepped into the role of tutors (or janitors, principal, lunch server, etc.), and some students have even turned to Youtube for additional help: 78% turned to YouTube to seek educational resources. Although most teachers have been consistently doing an excellent job teaching online, it can be difficult for students to learn effectively online when they are used to an in-person learning environment, especially younger ones.

With this all being said, there has been a growing trend where teachers are hopping onto YouTube to share best practices for adapting to this new reality. Teachers, as well as several professionals within other verticals, have begun creating video content sharing best practices on “new normal” everyday tasks. This has included topics such as classrooms set up in a pandemic, sharing stories of their day-to-day lives, comedy skits about the teacher’s experiences, and challenges faced on a daily basis. By creating this content, teachers have built a strong community of support, sharing tactics, offering humor, and helping each other cope.

Youtube’s 2020 Culture & Trends Report can be used by marketers as a powerful tool to gain insight into emerging video trends in 2021. First, think about who your target audience consists of and then, second, what do they want to watch. Additionally, think of what’s going on in the world, and how you can provide content that can aid this target audience in any impactful way. From the standpoint of a business on social media, you should be creating video content that will speak to and connect with your potential client in a way that builds their trust in your business. On that note, don’t let your research stop here! It’s crucial to always keep up with trends: staying on top of last year’s and preparing for what’s to come next.